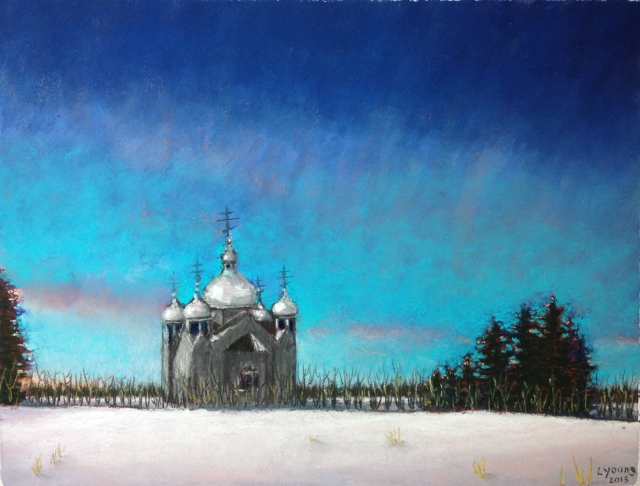 Along central Alberta’s highways and byways are a myriad of Orthodox churches, built by the Ukrainian settlers who came to Alberta on the promise of land to be had for those hardy enough to withstand the climate.  Holy Trinity Ukrainian Orthodox Church is near Calmar Alberta, just off Highway 39 on the way to Drayton Valley.

For more information about the Ukrainians who settled in Alberta, The Ukrainian Cultural Village  celebrates those immigrants with a hands-on, “living history museum” where visitors can literally stroll through the decades between 1892 and 1930 when the greatest immigration of Ukrainian settlers came to make Alberta their new home.

2 Responses to Orthodox Church off Hwy 39